What Happened To The Dinosaurs? 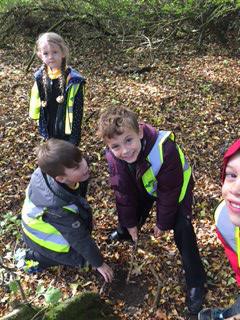 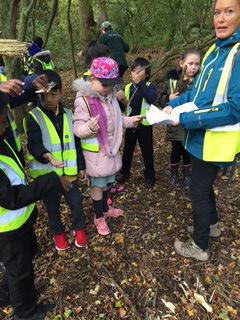 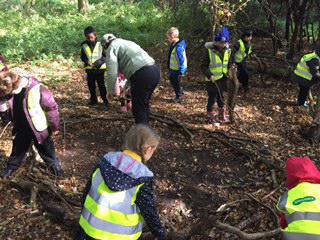 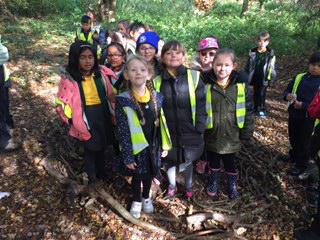 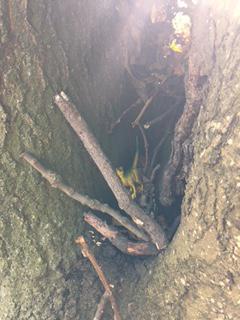 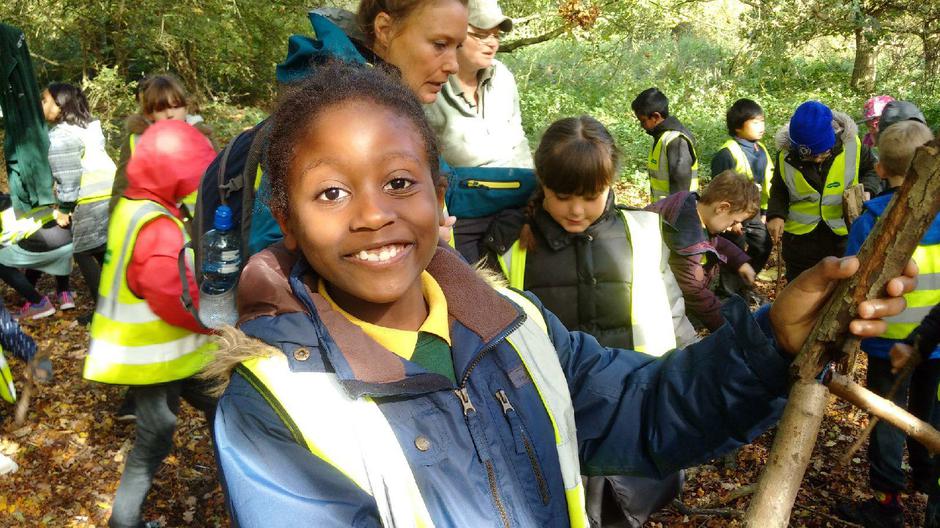 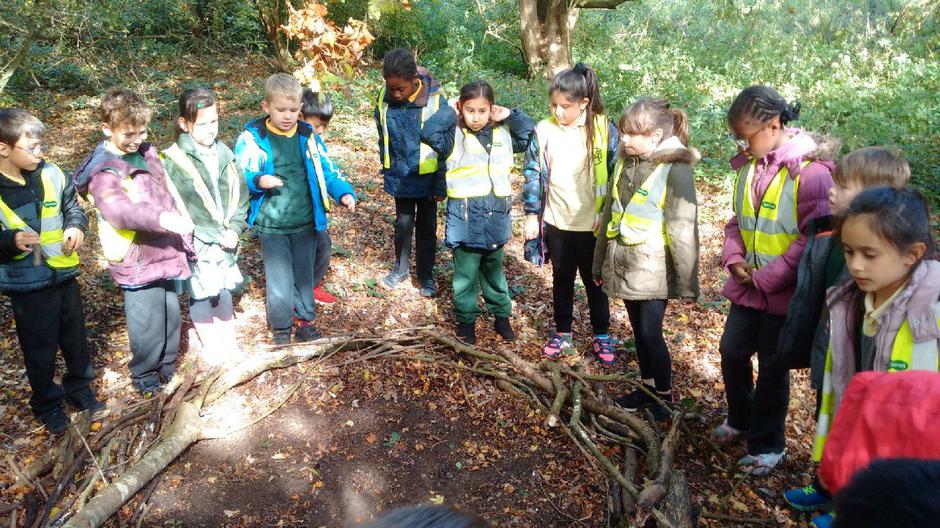 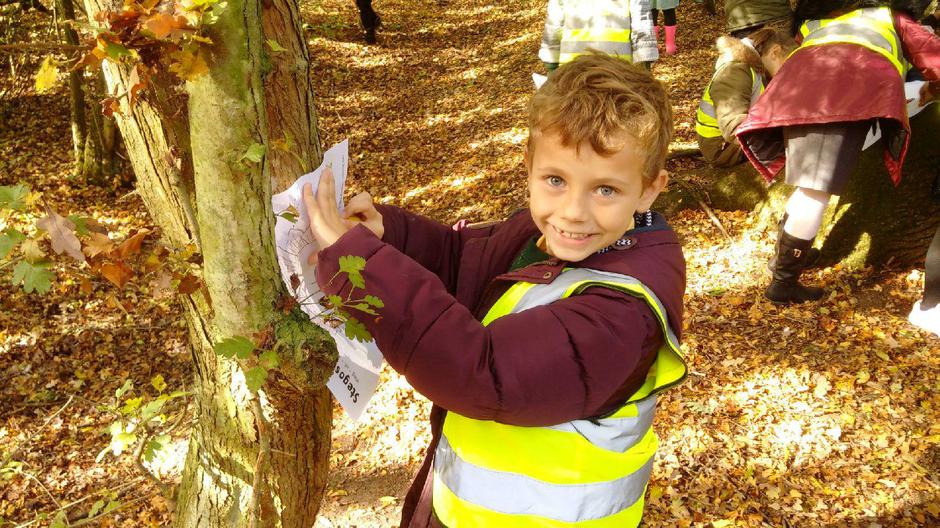 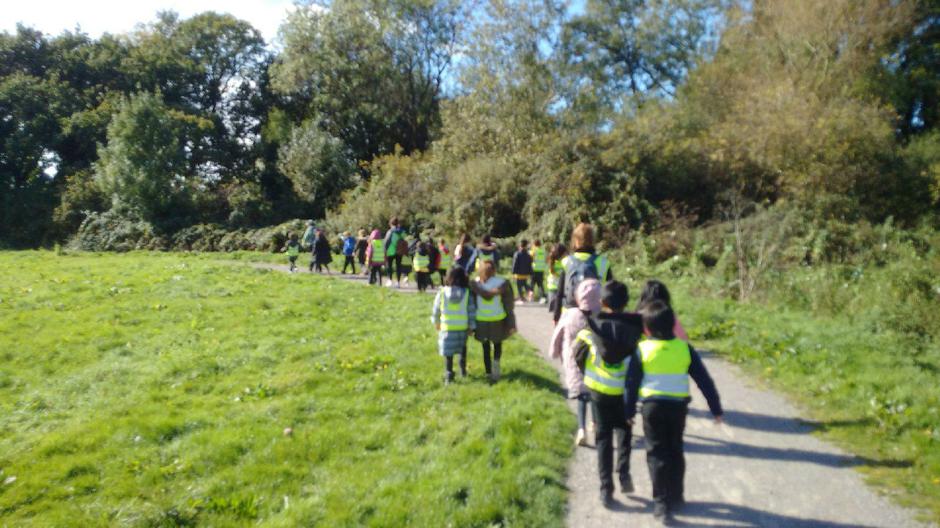 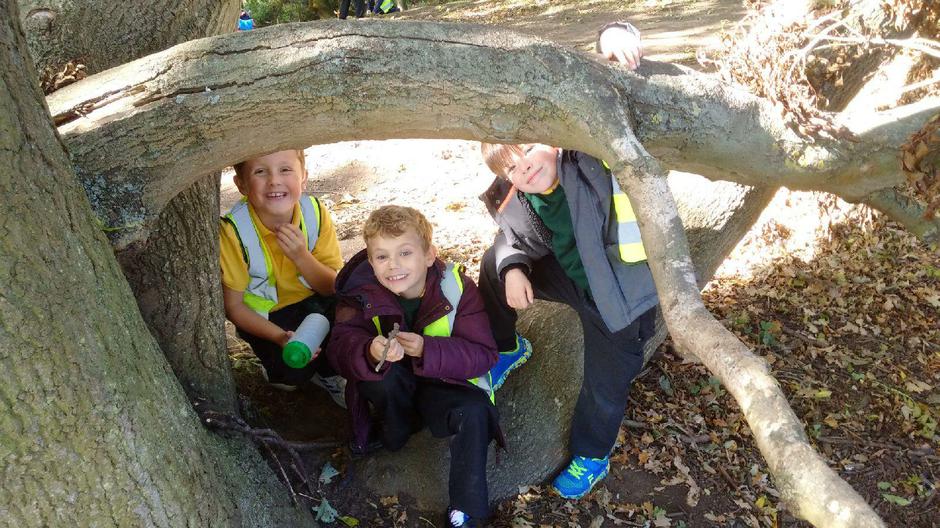 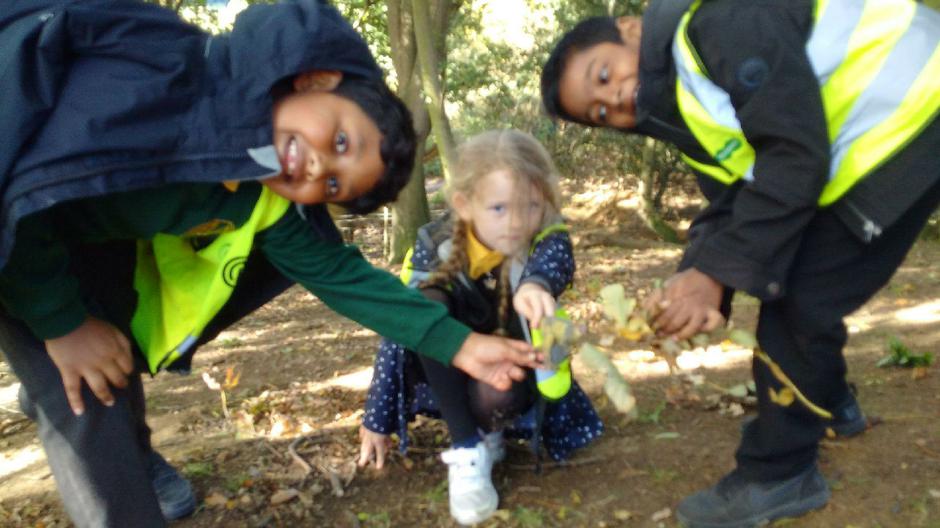 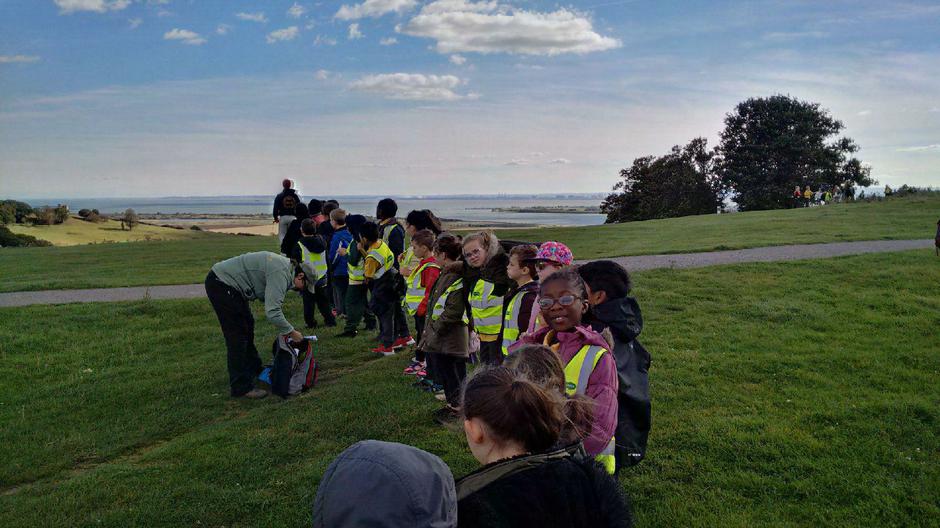 On Thursday 5th October, all of year 3 went to Hadleigh Country Park where we took part in a dinosaur day!

When we arrived we were greeted by our ranger who was called Kate. She showed us where to put our bags and then we were off exploring.

We walked through the woods and Kate told us that we were about to go back in time and each step we took was 1 million years. We counted the amount of steps we took and before we knew it we had gone back in time 65 million years.

65 million years ago, Dinosaurs were roaming the Earth! Did you know that?

We used our imaginations and started looking around for signs of dinosaurs. We found dinosaur claws, dinosaur teeth, dinosaurs bones, dinosaur footprints and dinosaur poo!

At first we thought the poo was disgusting but Kate told us that you can found out so much about an animal based on its poo!

Kate taught us how to tell whether the dinosaur was a herbivore (plant eating) or a carnivore (meat eating) just by checking its poo!

Of course we didn't actually touch the poo we found. Kate used a big stick to point at it and we all crowded round to watch.

After this, we ventured into a secluded part of the woods and we found dinosaur legs! We used the claws we had found from earlier to add claws to the dinosaur legs. Then, we looked at the dinosaur feet that each other had made.

Kate asked us to make a nest. Then, half the class got in the nest and pretended to be dinosaur eggs that were hatching. We started making baby dinosaur noises and the other half of the class had to run around to try and find food for the babies.

We have a video of this, it is very funny!

For the last part of the morning, Kate gave us colouring sheets and crayons. We put our sheet against the tree and used to flat side of the crayon to colour in the dinosaur. This is called bark printing!

Bark printing is when you shade in a picture with a crayon whilst leaning on a tree.

When we were finished, we trekked back through the woods and then we ran all the way up a really big hill!

But we made sure we weren't too loud, just in case we woke up any sleeping dinosaurs.

We ate our lunch under a tree, it was lovely to all be sat outside in the fresh air together.

After lunch, we made a home for a dinosaur out of leaves, sticks and the nature around us. We then looked at all the homes we had all made. Some of them were really impressive!

One of the last activities we did was guessing how long certain dinosaurs were by running in an open space from a certain point and then stopping. Some of the dinosaurs weren't as long we originally thought.

A t-rex is nowhere near as big as we originally thought!

The last activity we did was really funny. Miss Ellis, Mr Harvey and Miss Palmer were each a different type of dinosaur. They had to make the dinosaur noise and we had to guess which dinosaur they were.

Unfortunately not the ones with chocolate chips.

Some cookies are necessary in order to make this website function correctly. These are set by default and whilst you can block or delete them by changing your browser settings, some functionality such as being able to log in to the website will not work if you do this. The necessary cookies set on this website are as follows:

Cookies that are not necessary to make the website work, but which enable additional functionality, can also be set. By default these cookies are disabled, but you can choose to enable them below: